Radiography is one of the great inventions of humanity and is really useful in many situations.  Radiologists are so used to seeing strange things in the x-ray images that we are sure that some of them will not be surprised to see these images.

we have collected 19 impressive and impressive X-ray images. Watch and be surprised!

1. “My daughter refused to have an X-ray without Peppa Pig”

2. This man has dreamed for 22 years of seeing an x-ray of his foot

3. It is simply an x-ray of a snake after dinner

4. An x-ray of a person with multiple Hyperdoncia or supernumerary teeth

5. This is ruining the X-ray level photos

7. A woman’s foot in high heels

8. Have you ever wondered what a horse’s foot looks like on an x-ray?

10. “My friend’s son swallowed a snowflake”

11. When something goes wrong in your marriage proposal

12. “I requested the images of my MRI, and at times I thought I had become a being from another world”

13. Nothing strange, just the x-ray of a girl who swallowed a hair clip 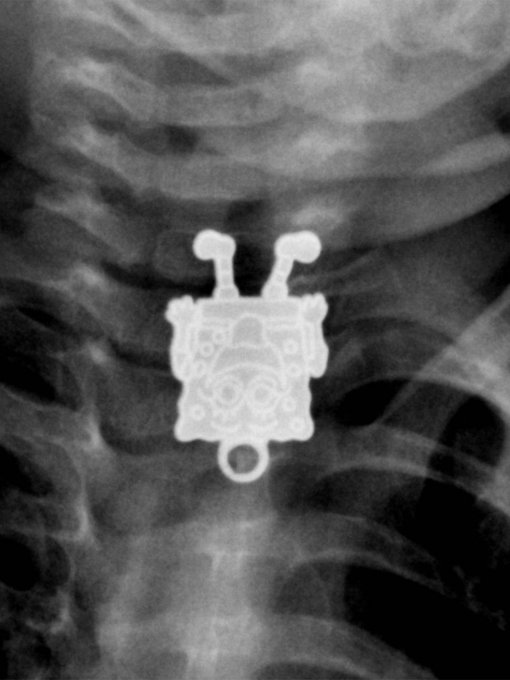 15. The radiograph of a goldfish

16. This is the first radiography taken by Wilhelm Röntgen on December 22, 1895

19. This is what is inside a Californian condor egg

What do you think?

Activate the G1 Socials plugin to use the Instagram module.

If you require any more information or have any questions about our site’s disclaimer, please feel free to contact us by email at contact@bizarrely.org.

Back to Top
Close Create

Your password reset link appears to be invalid or expired.

To use social login you have to agree with the storage and handling of your data by this website.

Hey Friend!
Before You Go…

Get the best viral stories straight into your inbox before everyone else!

Get the best viral stories straight into your inbox!